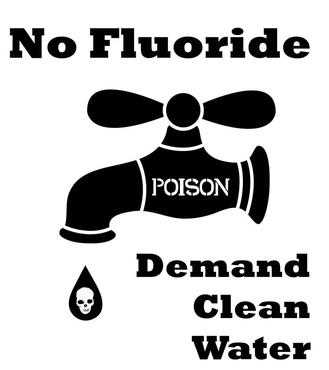 Fluoride is something that is put into 70% of the public drinking water in the United States.  It has been added to the water for the sole purpose of preventing cavities.  For years, this has been a controversy because there has always been speculation on the possibility of fluoride, and all forms thereof, being very harmful to the body.  New studies, from very accredited institutions, seem to now support that initial speculation.  Harvard School of Public Health recently conducted a study on the impact of fluoride on neurological development in children.  This study confirmed that, “children in high-fluoride areas had significantly lower IQ scores than those who lived in low-fluoride areas.”  Numerous other studies are continually emerging linking fluoride to heart disease, cancer, and birth defects.  Below is a letter written to the Monroe County Water Authority concerning these studies.  We are also including links to the studies mentioned, and making available a copy of our written letter, so that you can start sending these out to your local water authority.  You can also use this as a template so that you can write your own letter.  The risks of fluoride in the public water far outweigh a small possibility of mere cavity prevention.  Join ourFacebook page by clicking here.  We need to bring this to the attention of everyone!

I am writing you on behalf of the citizens of Monroe County.  Based on the Water Authority pamphlets we all receive, it is clear that fluoride is present in the public drinking water with the sole purpose of deterring dental cavities.  With this in mind, a recent Harvard study came to the attention of some of these citizens, and, because of the results of the study, these citizens decided that they needed to bring this to the attention of the Water Authority.  I have been elected to write the letter.

The Harvard School of Public Health recently conducted a study on the impact of fluoride on neurological development in children.  This study confirmed that, “children in high-fluoride areas had significantly lower IQ scores than those who lived in low-fluoride areas.”  This study was published in July of 2012.  We are quite aware that because of the recentness of the article, you may not be aware of its shocking results.  The parents that are aware of this study have been upset by these findings, and rightly so.  I’m sure that you might also be outraged because I’m assuming you either have children of your own, or at least are close with children in your immediate family.  I find this study particularly disturbing because of the wide detriment this could have on a community.  Even if people are able to avoid the fluoride by drinking filtered water, or possibly some bottled water, this does not take away from the rest of the people who either don’t know, or who are disadvantaged.  Along with this IQ study, I have included a recent study done in 2006 that concluded, “In all studies, higher IQ in the first two decades of life was related to lower rates of total mortality in middle to late adulthood.”  Just knowing about these two studies, and not taking action, could theoretically involve someone in a sort of criminal situation.

In preparing to write this letter, it has also come to my attention that the presence of fluoride has been linked to many other health risks.  I don’t know if you are also aware that the use of fluoride has been linked to many different birth defects, cancers, and cardiovascular disease.  The newest findings, as of 2012, have shown a correlation between fluoride and increased cardiovascular risk.  Cardiovascular disease still stands as the #1 killer in America today.  I am also enclosing a recent abstract on a cardiovascular study that shows this link.  If you do some research, I’m sure you will find many articles on the risks of the other mentioned health risks.

It seems that, given these hazardous risks, the presence of added fluoride in the public’s water is not worth the possibility of cavity prevention.  The negatives clearly outweigh the positives here, but that is not even the worst of it.  Based on recent dental statistics, Americans today still spend 50 billion dollars a year on cavity treatments.  This seems surprising since 70% of the public drinking water is fluoridated.  Interesting side note: have you ever looked on your toothpaste and noticed that it says, “If more than used for brushing is accidentally swallowed, get medical help, or contact a Poison Control Center right away”?   You will not find this warning on natural toothpastes that do not contain fluoride.  It should also be noted that fluoride in water could possibly not have any effect on the prevention of cavities due to the simple fact that the water goes right past the teeth, unlike toothpaste or mouthwash, and into our bodies.  Unlike with drinking water, toothpaste and mouthwash are generally spit out after they go into the mouth.  If this is not the case, then why do their packages carry the warning that the Poison Control Center should be contacted immediately?

Where does this fluoride even come from anyway?  Based on the research that I have had to do, it seems that this fluoride is not the kind that is even naturally occurring.  It obviously isn’t since only 70% of the public drinking water is fluoridated.  This means that it has to be added.  Based on my research, fluoride is added by means of substances derived from Phosphoric Acid Plants.  Obviously, these plants are not in the business of making substances to create fluoride for water, so, are we simply putting a byproduct, or a waste, that results in the normal processes of the phosphoric acid plant in water?  This possibility also needs to be seriously addressed.

These severe risks are not anything new.  Other counties have already taken action in light of these health risks.  Many other states around the country seem to be taking this stance.  In the last few years fluoride has been removed in different counties of Tennessee, Florida, and, most recently, Tyrone, Pennsylvania.  These are only a few of the different states where this has been implemented.  In each case, the county was also able to save millions of dollars by not fluoridating the water.  I think that it would put the Monroe County Water Authority in a great light if it voted to take fluoride out of the water, and at the same time save the county a large sum of money.

Given all these facts, it does not seem that the benefits of fluoridated water, if there are any, are able to overshadow the significant downfalls of it.  Even given the possibility that lower fluoridated areas may result in a lesser detriment on the IQ’s of children, we are still allowing the result of a lower IQ with only the wavering possibility of lesser instances of dental cavities.  How can we do this to our children?  We potentially put severe risks on their health with no significant gain.  It seems to me that a higher IQ would allow people to take better care of their teeth on their own, and negate the need to mass medicate the population, which is what is happening.  This stands as an addition to risks of birth defects, cancer, and recent findings on cardiovascular disease.  I’m sure you now recognize the risks, or you will once you read through the studies I’ve included.  It should not take the need for protests or other things of this sort to move officials to action.  All that there needs to be is an official that is concerned about the community’s safety.  Seeing that you serve on the board of directors, it is obvious that you must be concerned about the community’s safety.  I am similarly concerned about the community, not only as a member of it, but also because of the relationships I have within it.  This is why I am writing this letter.  I’m sure you have similar relationships, so I hope you take the same initiative, and do please remove the fluoride from the public drinking water.

The Way to the Truth Means Life